10 Luxury Hotels in NYC Worth the Splurge

Author: Miki Mo
Tweet
More by this author
0
Accommodation
10 Luxury Hotels in NYC Worth the Splurge

New York City is known for its broadway theaters, fine dining, iconic landmarks, and shops that will have you looking like a fashion super star. Although NYC is known as the City that Never Sleeps, there are plenty of luxurious hotels that will make you never want to leave your hotel room.

These ten luxury and boutique hotels will have you feeling like Wall Street royalty in no time – at least for the weekend.

Plaza Hotel New York City: After a century of impeccable service, the Plaza Hotel is truly a New York City landmark. A recent renovation maintained the old-school charm of the Plaza Hotel while introducing the latest technology and dining options. Expect to find HD televisions, wireless internet, and touch panels in guest rooms to customize the room environment exactly how you like it. Guest rooms are spacious with plush bedding and fine furniture. The Plaza also offers all guests the use of a 24-hour on call butler and room service.The Plaza Hotel is a must visit for dining and shopping.

The ambiance of the Oak Room and Oak Bar are not to be missed, and the Shops at the Plaza have world-class offerings from exclusive boutiques.

Four Seasons Hotel New York: Since it’s opening, the Four Seasons Hotel New York has been celebrated for its luxurious interiors, designed by I.M. Pei. An excellent choice if you’d like to combine business with pleasure while staying in the Big Apple as each room includes a printer and fax machine, handcrafted furniture, marble bathrooms, and some of the largest hotel rooms on the market.Guests can enjoy full access to the Four Season’s hot tub, spa, and sauna, as well as personal trainers at the on-site fitness facility.

End your day at the Ty Lounge for drinks of The Garden restaurant for expertly mixed drinks and fine dining.

Baccarat Hotel and Residences New York: One of the newest hotels on the list, the Baccarat Hotel opened in March 2015 and since then it has been living up to its luxurious Parisian roots. The Baccarat Hotel combines the best of French sophistication with New York’s style. Inside you will find Spa de La Mer, a 24-hour fitness center, and a 55-foot marble swimming pool with day beds made for lounging. Each room features polished furniture, complimentary high-speed internet, wireless sound systems, and flat screen TVs.

The Pierre, A Taj Hotel

Since 1930, the Pierre has been a hotel landmark in Manhattan. Delightfully located next to Central Park, the Pierre offers exquisite rooms and top-notch hospitality. Each guest room features interactive flat-screen televisions, Bose Home Theatre sound systems, and high speed wired and wireless internet access.Enjoy high ceilings and natural light in rooms that feel more like your dream NYC residence than a hotel for the night. No details are spared at the Pierre, from the accents on the pillows to the hand-carved carpets. This is luxury at its finest.

Welcome to the Langham Place, where urban sophistication meets classic luxury. Each of the 157 guest rooms and 57 ultra-luxe suites is equipped with an espresso maker and an extensive movie library. Splurge on in-room spa treatments, or enjoy the 11,000 square foot spa.For many visitors to NYC, Langham Place is ideally situated on bustling Fifth Avenue. Bryant Park and the Empire State Building are five minutes away, Rockefeller Center is a 10 minute walk, and Time Square is about 20 minutes.

Robert de Niro’s boutique hotel in the Tribeca neighborhood is not to be missed. Inside, you’ll find an underground pool, fitness center and the Shibui Spa which includes a 250-year old Japanese wooden farmhouse.Each of the 88 rooms at the Greenwich Hotel is totally unique – no two are the same. You’ll want to visit again just to see how each room utilizes interesting décor from around the world, including Tibetan rugs and Parisian antiques.

The Mark is well-located, just one block from Central Park. This boutique hotel was originally built in 1927, but re-opened in 2009 after a luxury upgrade. In its redesign, celebrated artists were commissioned to create one-of-a-kind pieces for the hotel’s The Mark Collection. Each room is stylish and chic, offering all modern conveniences you’d expect from a luxury hotel.With an enviable address in the Upper East Side, The Mark is a great homebase to explore the shops, museums, and restaurants of Manhattan. If you’d rather stay in, the Mark Restaurant on-site is not to be missed and serves up world-class European dishes.

Tucked in high above the city at the top of Time Warner Center, each of the rooms at Mandarin Oriental has incredible views thanks to floor-to-ceiling windows. At the crossroads of Columbus Circle and Central Park, the Mandarin Oriental, New York offers panoramic views of Manhattan, you’ll hardly even notice the flat-screen LCD TV, home theater, and high-speed internet access in your room.If you need an excuse to leave your room, the delectable Bouchon Bakery is just out the front door. If you’re worried about the carb guilt, hit up the on-site fitness center before buying that box of macaroons or take a swim in the 75-foot indoor lap pool.

In the heart of Manhattan sits the wonderful Gramercy Park Hotel. Guest rooms have been renovated with the latest technologies while maintaining an old-school luxury feel. Expect to find flat-screen TVs and iPod docks set amidst luxurious bed linens, one-of-a-kind oak wood floors, and artwork from the 20th century throughout.Be sure to take advantage of the views from the private Roof Club and Garden and enjoy a delicious Italian meal at Maialino.

If you’re looking for luxury on a budget, look no further than The Paul. We’ve regularly seen deals at under $150 a night, including a tasty continental breakfast. The Paul has 122 rooms that give off a vibe that’s more hipster than wal lstreet, but the minimalist vibe and bright colors are a refreshing change from crystal opulence and luxe furniture.The Paul is located in NOMAD – North of Madison Square Park and close to iconic NYC destinations like Penn Station and the Empire State Building. 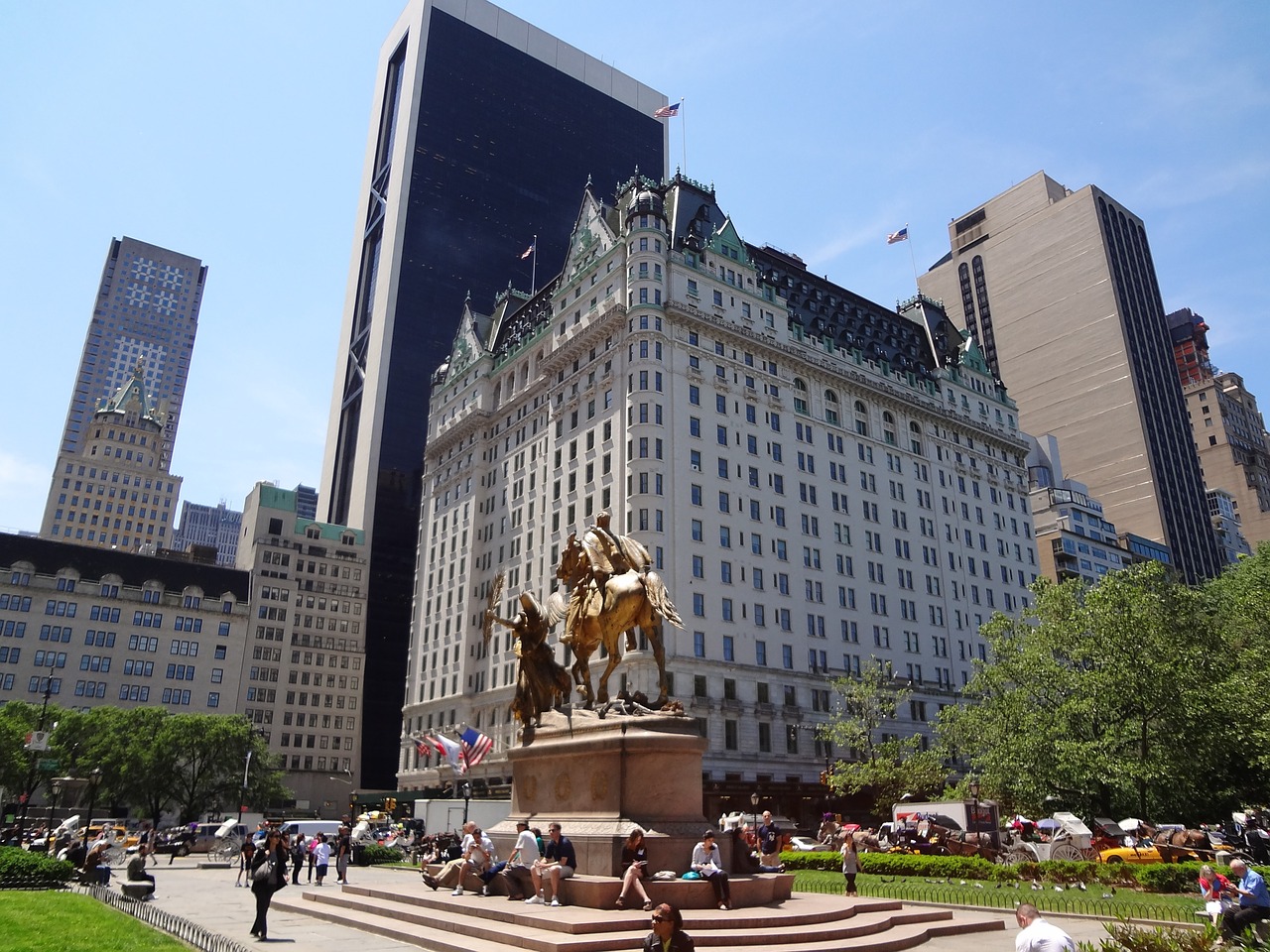 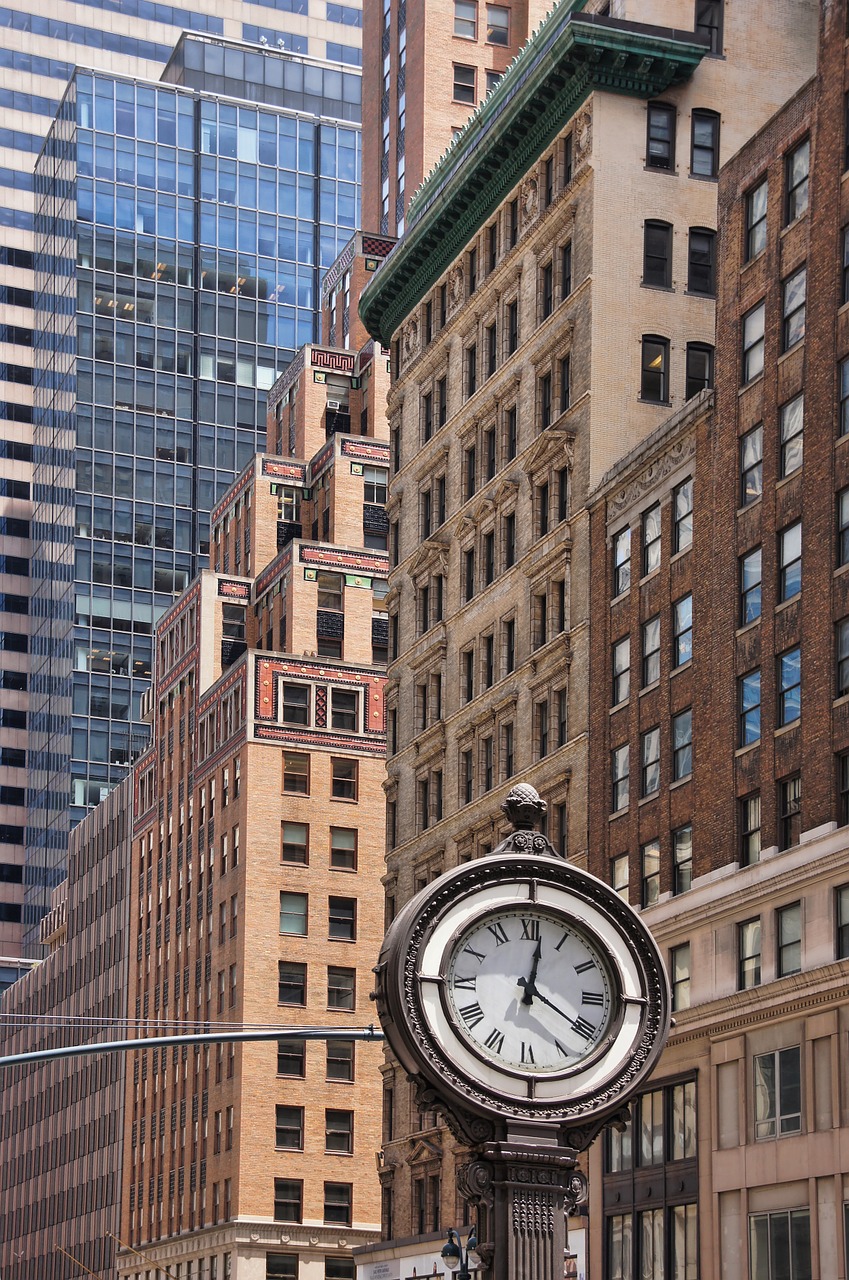 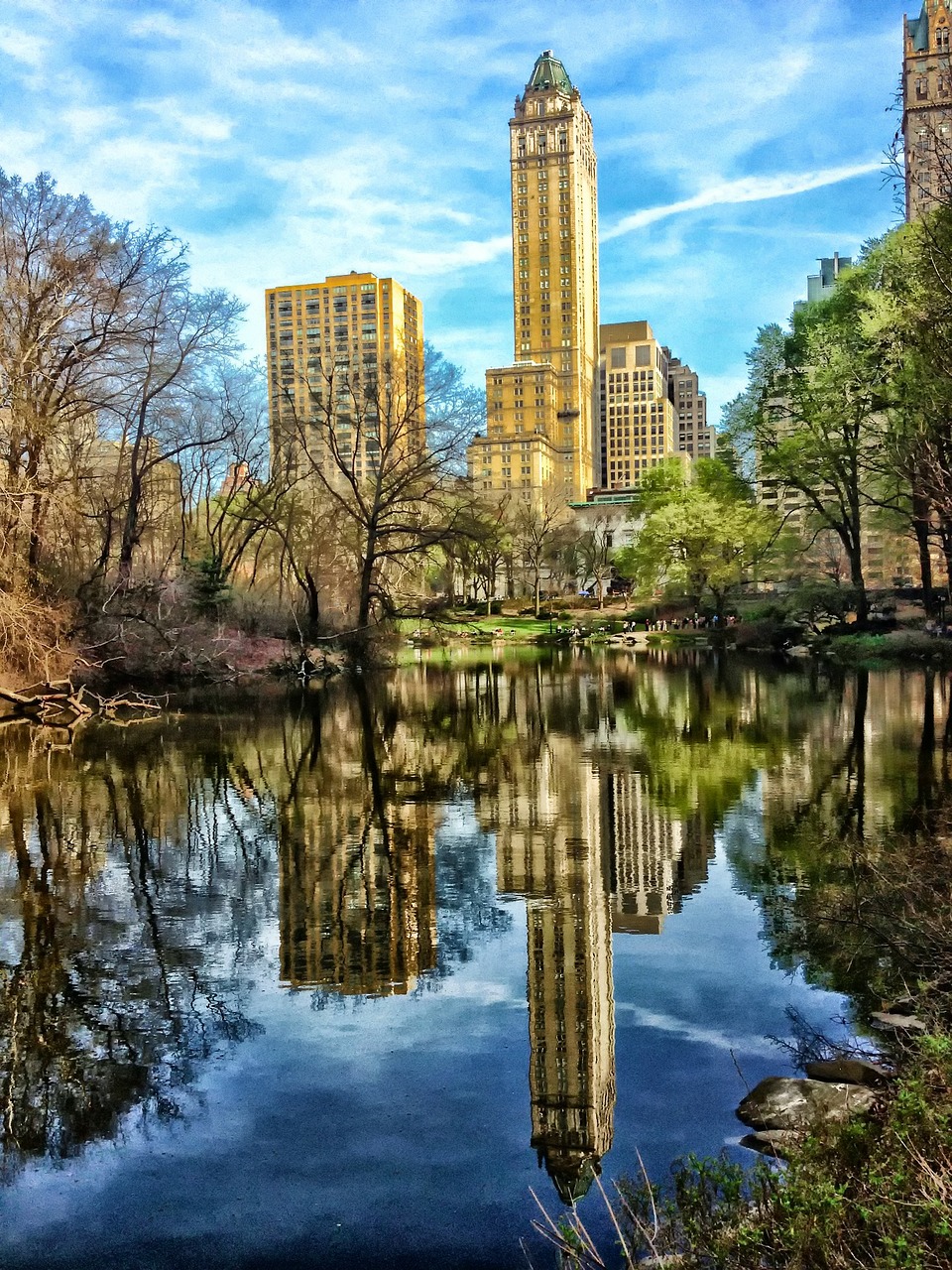 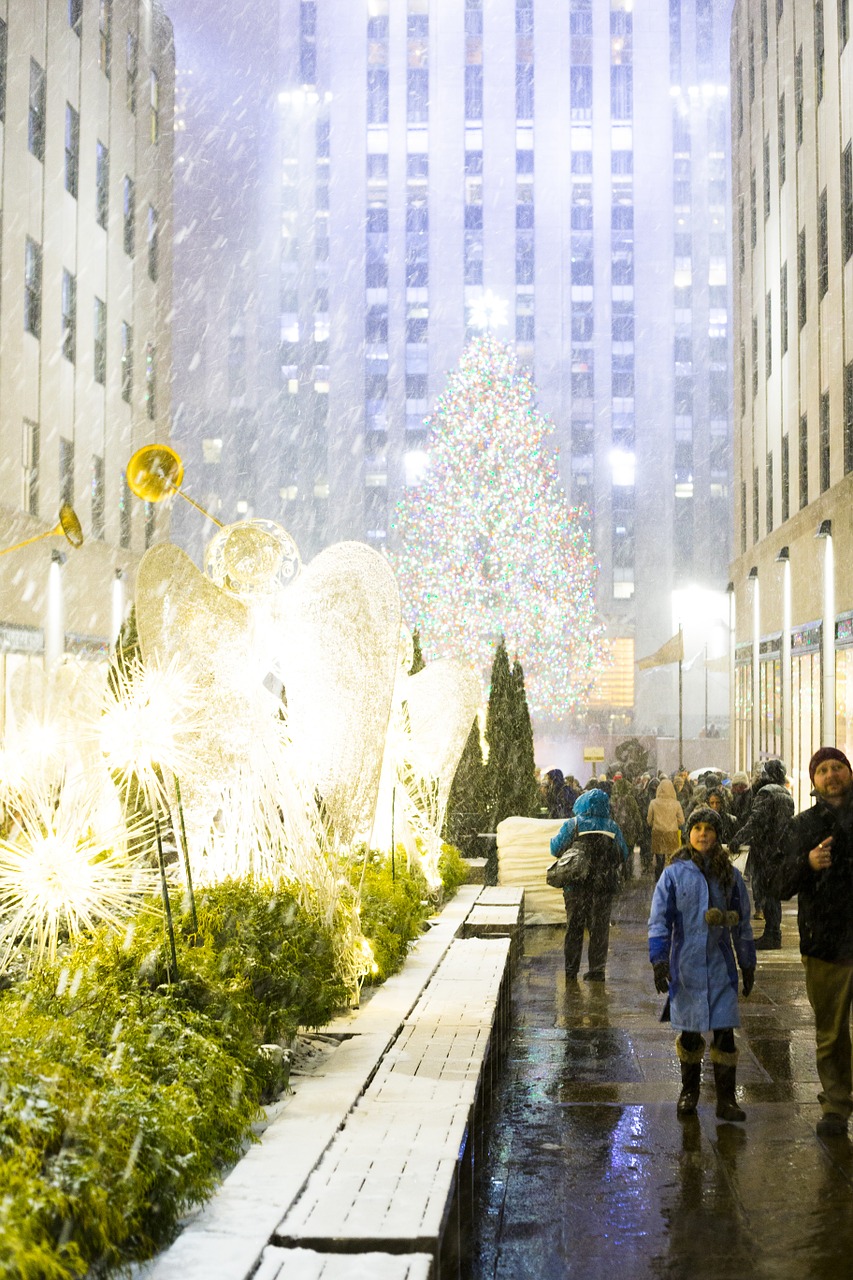 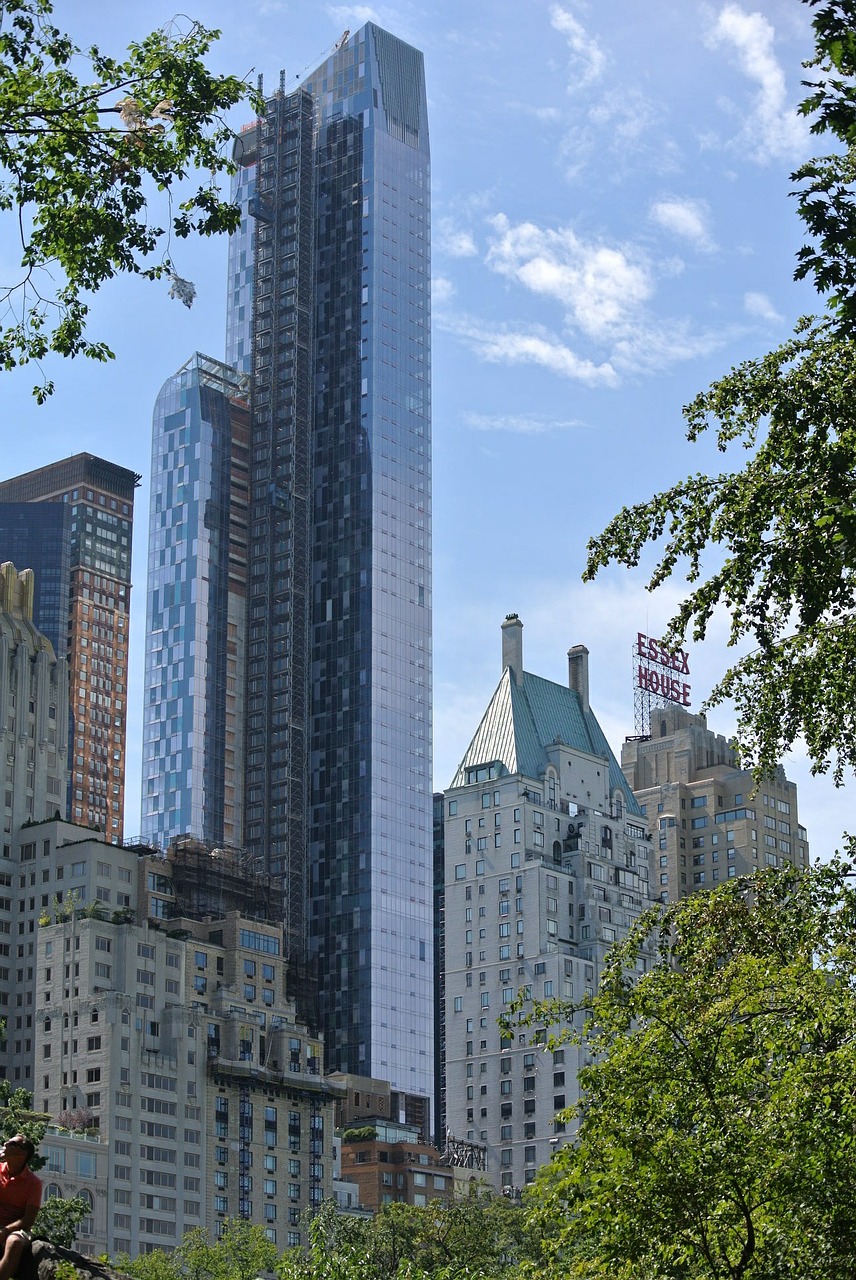 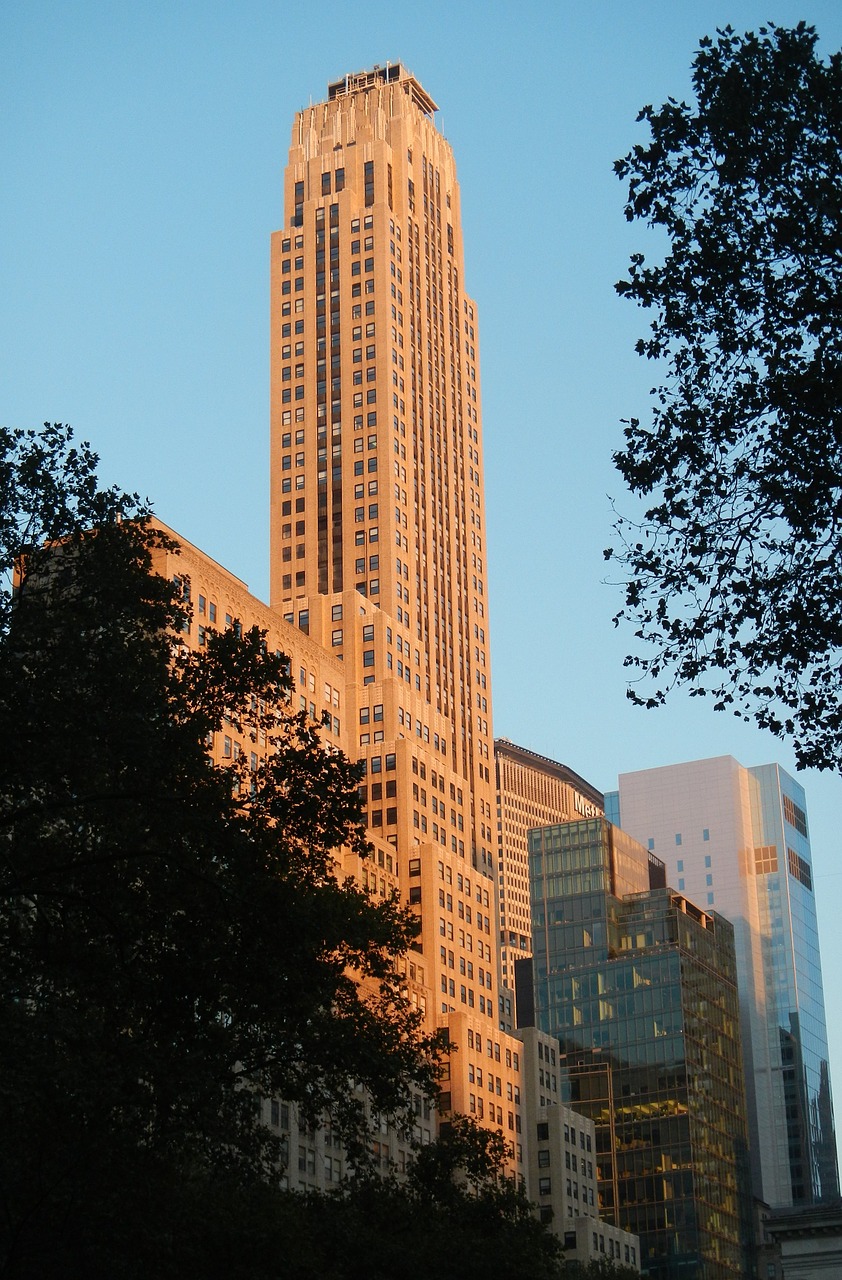