25 Reasons Why You Shouldn’t Live in NYC

Author: Miki Mo
Tweet
More by this author
3
Featured
25 Reasons Why You Shouldn’t Live in NYC

Living in NYC seems like such a glamorous life that is unlike the life that you are currently living. If you dream of living in the Big Apple then you might want to take a step back and consider the following 25 reasons why you are not going to be happy living there. 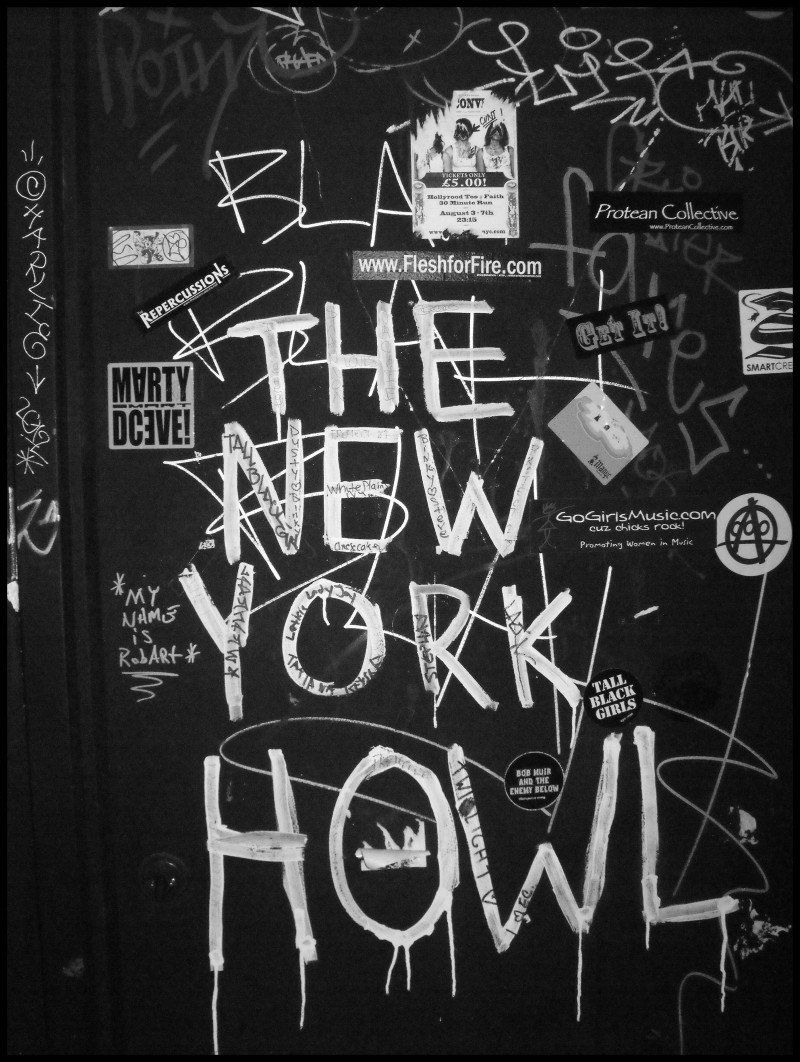 NYC is very expensive. While you might not realize it, even McDonalds is going to set you back more money in NYC than anywhere else in the world. Plus your rent is going to run you multiple times more than the same apartment would in any other city. I mean where else would someone pay over $1000/month to live in an apartment that compares in size to a walk in closet.

If you are living in New York City you are likely to be a victim of crime. In fact when the US national average on violent crime was declining by 5%, the average for violent crime in New York went up by 4.6%. Murder has recently gone up by around 14%, rape is up 25%, robberies are up 5%, and aggravated assault is up 3%.

Living in the Big Apple is one of the biggest blows to your own self esteem. It is hard to live in a city where you feel like you will never get ahead. It is something that you should consider before moving there because unless you have a very high sense of self and are very secure in who you are, it is going to be a struggle.

All Areas of the City are Booming with Growth

Moving to NYC poses its own problems. If you are not local and look for an “up and coming” area you could wind up in an area that is less than stellar. In fact the area might even be dangerous.

Never Being Able To Do Anything

While you might feel like you can easily do everything, you might end up finding out that you really can do nothing. The reason behind this is that you probably will barely have enough money left over to eat more than ramen noodles so you will never have enough money to actually enjoy all that the city has to offer.

Living in NYC is very expensive. If you want to live well you better make sure that you have a great job. In fact the city is notorious for some of the highest priced real estate in the nation. One publication even claimed that for someone to live the same as a person in Houston making $50,000 per year in New York City they would have to make almost $124,000 per year.

When you live in a city that offers so much, it is hard to decide what to do when you do have enough money to do it. What ends up happening is that you live in the city for 10 years, move away and realize that you never did the important things like visit the Statue of Liberty.

Traffic in NYC is worse than it is anywhere else in the world. Your commute, even if short, is going to take a long time. Prepare to be waiting in the car and sometimes you might even find that you could get where you are going faster walking than taking a cab or driving.

Never Being Able to Walk without Questions

The mayor of NYC has actually banned the sale of soft drinks that are over 16 oz in the city. This means that you are never going to be able to drink the Big Gulp again (although health wise this certainly is not that bad of a thing).

Armed Guards on the Streets

NYC has become one of the biggest security threats in the US. Due to this you might find that you are sharing the streets with armed security guards, military, and police during holidays and other busy times throughout the year. There is no other state in the US where you have these things happen.

Since tourism is the city’s main industry and the main way that they make money, it is no shock that the city tends to give preference to the tourists over the residents. This means that sometimes if you are living in New York you might feel as though you are in a city full of outsiders who have no reason to be there other than to check out the sites.

Riding in a cab in NYC is very scary. If you have not done it then you can not understand completely. So many times cabs wind and weave in and out of traffic and you might even feel like you are riding in bumper cars with the other cab drivers as your driver tries to take them out.

Everyone seems to have their own opinion on the Yankees whether it be that they love or hate them. If you do not fall into the category of loving the Yankees then you probably have found the fans to be very annoying and somewhat obnoxious. Think about living where these fans are around all of the time and you might give it a second thought.

No Right on Red

Unlike everywhere else in the US, you can not turn right on red in NYC. Think of how many times you use this handy little trick when trying to speed through town and you will realize that this is going to cost you a lot of time.

One of the things that no real estate broker or potential employer is going to tell you is that organized crime is still alive in NYC. In fact it is more likely to be targeted by one of the organized crime families if you are living here than anywhere else in the world, even Las Vegas. Depending on where you want to live, where you want to work, and even where you get pulled over by the police the mafia could be running the show behind the scenes. So there is a huge chance that you might actually have to deal with someone from the mafia if you are part of the mafia.

Ending Up with a Scary Roommate or Neighbor

Statistics point that in a city with so much criminal activity that it is unlikely that there is not going to be at least one person involved in crime living in your apartment building. So that means that somewhere close to your sacred space is someone that is probably doing something very bad.

Sure on paper NYC has the best public transit in the world. The problem comes with constant issues that are unavoidable like rerouting and traffic. This means that in turn you might end up in the wrong area of town, getting off on the wrong set, and more.

Along with organized crime, there are many gangs that are still very active in New York City. Many people are mistaken with the idea that gangs are only in one area of town. In New York City there are very few neighborhoods that do not have some type of gang presence. Most of the gangs in the city are involved in drug trafficking and drive by shootings. Some are also involved in more violent crimes like rape and murder.

If you love your pooch you might really want to reconsider if NYC is going to be right for you. Think about trying to keep your big dog in a very small room of your house. It is not going to work well. Also think about having your small dog barking all of the time constantly bothering your neighbors. Unless you are very wealthy your dreams of dog ownership are probably going to be over when you move to NYC.

Sure you think that you would love to see movies being filmed where you live. Just think you might be able to run into your favorite actor actress right? Wrong, you would not be happy having to plan your already insane NYC commute around streets that are closed because of movies that are being filmed. Sometimes you might not even be able to get on the subway at your normal platform because of the area being used as a set. This can get old fast.

If you are living in NYC you are probably going to end up living in an apartment building where there are cockroaches and/or mice. You would probably expect to be living in a nice place if your apartment is costing you upwards of $3000 per month but that does not mean that you are not going to have to deal with at least one of these pests.

One of the biggest problems for New Yorkers is rats. There are rats everywhere! So if you are not someone who candle these rodents well it is not likely that you are going to do well in NYC.

Waiting All the Time

One thing is for certain. If you are going to move to NYC you better be ready to wait in line. Even picking up a “fast” food lunch is going to cause you to have to wait in line. This means that you have to get used to packing your lunch or learning how to walk to the place where you want to eat and eating your food in 10 minutes of your lunch hour since you are waiting in line for at least 45 minutes to get your food.

Even if you hate living in NYC, it is likely that you will be ruined from ever finding a city that you love. Sure you will move away with hopes and dreams that you are going to love somewhere else but when you can’t easily find what you want close to home you will instantly start dreaming of moving back to NYC. 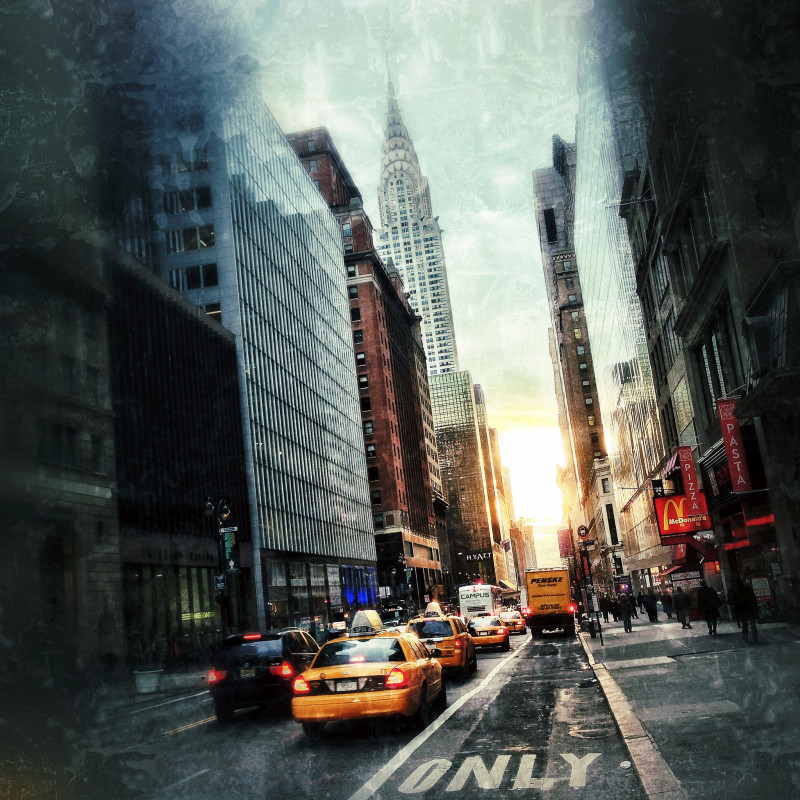 dreaming of moving back to NYC – Image source: https://flic.kr/p/dMQXja